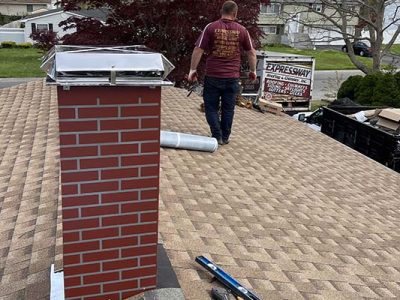 As the end of winter draws nearer and you’re getting ready to retire your fireplace for the season, it’s time to start thinking about scheduling your annual chimney cleaning and inspection.

Your fireplace and chimney may look perfectly fine from the outside, but there could be a whole host of issues going on inside that can affect how well the chimney works and the safety of your home.

Routinely taking care of your chimney at the end of the burning season, rather than waiting until fall, will give you plenty of time to address and repair any problems your chimney may have.

If you’re looking for a chimney inspection for your Long Island chimney –  then you’ve come to the right place. We at Expressway have the years of experience to make sure everything goes smoothly.

Most inspectors will include three levels of service. Each new level brings a more detailed inspection (along with an increasing price tag). The level of inspection your chimney needs will be dependent on a few things, which our techs can go over with you.

Level one: This inspection will include a visual check of your fireplace and chimney. However, this does not involve any special equipment. This sweep will have a flashlight where the tech looks for damage, obstructions etc.

Level two: This is the level of inspection you will need if you have just purchased a new home or if you have experienced any dramatic weather event, like a tornado or hurricane. Or if you have made any major changes to your fireplace.

Level three: This inspection is considered destructive and intrusive. Which can almost resemble a demolition job. This may involve tearing down and rebuilding walls and your chimney. This is usually done after a chimney fire.

Why Should I Get A Chimney Inspection?

The main reason: Chimney fires. Most chimney fires are so small they go unnoticed. In fact, you may not realize you’ve had one until your next chimney inspection. The main cause of chimney fires is the buildup of creosote. Creosote is a highly-acidic residue that’s created when hot combustion byproducts mingle with cool air in the chimney and produce condensation. This condensation sticks to the interior walls of the chimney, leaving a residue.

Creosote can range from brown to black in color and have a consistency that’s light and flaky, sticky and tar-like, or smooth, shiny, and hard. Hard creosote is the most advanced and can cause extensive damage to your chimney, or even lead to a blockage if it’s not removed.

Creosote is highly combustible and if left to accumulate, a chimney fire can and will occur. The very best way to prevent creosote buildup, and ultimately a chimney fire, is to have your chimney inspected and cleaned by a licensed chimney sweep, at least once a year. 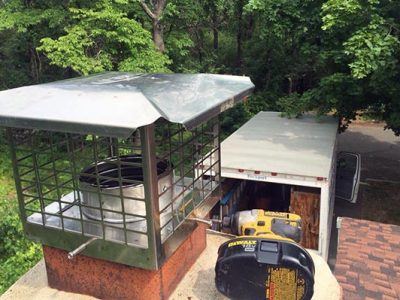 Expressway would love to handle all of your chimney inspection and other home needs. However, we know that there are a ton of options to choose from. So why choose us? We could talk about quality and the Expressway advantage. However, we let our work speak for it self. Feel free to check out our reviews or even look at some of our previous work. We know that after you take a look, you will see just how much pride we take in each project. For more information feel free to fill out the form below or give us a call at 631.772.6363.
Read Expressway's Customers' Reviews 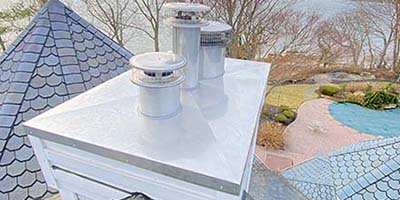 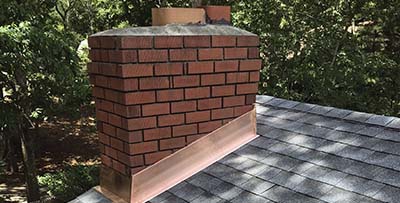 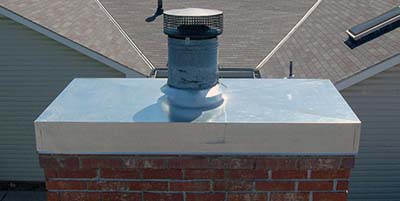 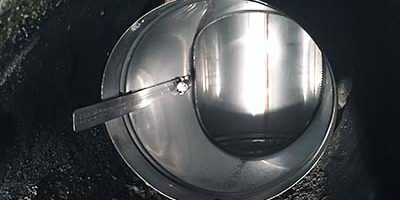 The Most Dependable & Affordable Chimney Contractors On Long Island 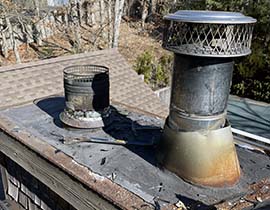 Expressway Roofing & Chimney has your chimney needs covered! If you’re looking for a Long Island chimney company that won’t beat around the bush with awful customer service – our free, fair and honest quotes are completely transparent. Our business model was designed around the concept of fairness, openness and honesty for our fellow homeowners across Nassau and Suffolk counties. Trust in Expressway Roofing & Chimney just like our long list of Long Island homeowners that have dealt with our residential roofing services over the last 20 years.