A chimney chase cover is a cap (usually stainless or galvanized steel, copper or aluminum) used solely for a factory-built, prefab fireplace chimney’s flue top. Chimney chase covers (also known as top pans) cover the outermost top of the flue opening and are therefore subject to more of the Hampton Bays weather than any other part of the chimney and tend to need more inspections more often.

Without a chase cover, your prefabricated chimney will be under constant attack from rain, snow, and sleet (depending on the season), and will be vulnerable to animal, bird, and debris entry. Not only can all of these things cause damage like rust and corrosion, but they can also easily lead to a house fire when they come into contact with the high heat produced by your fireplace, insert, or stove. All of these things can be dangerous and expensive to fix, which is why prevention is key. 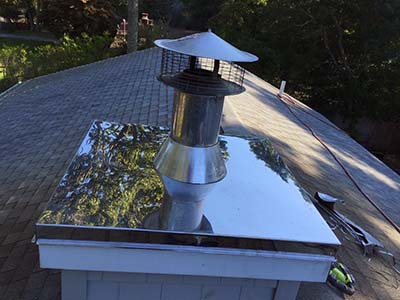 Chase covers deteriorate over time, and usually need to be replaced every seven to 10 years. Many are constructed with galvanized sheet metal, and over time the coating will erode due to temperature changes and environmental exposure. If you notice rust forming on your chimney cover, it is time to replace it.

If your chase cover is damaged or deteriorated, it can cause expensive water damage. Water seeping into your chimney’s structure can degrade the chimney pipe, as well as causing the walls around the chimney to begin to rot. In addition, a deteriorated chimney cover can fail to prevent debris from getting inside your chimney, leading to blockages and fire hazards.

Don’t get us wrong, everything now looks, works and functions beautifully, but a simple chimney inspection by a pro like us a couple of  years earlier would have saved this Hampton Bays homeowner hundreds of dollars this week.

Do You Need A New Chimney Chase Cover? 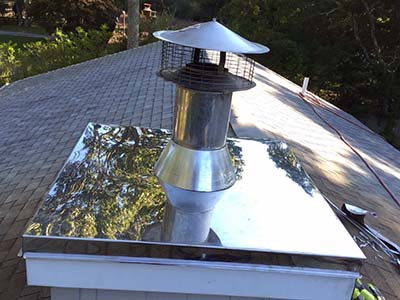 It’s smarter and more cost-effective to buy a high quality chase cover. When purchased wisely and installed correctly, a chimney chase cover will last for a very long time.

Chase Cover Materials To Think About 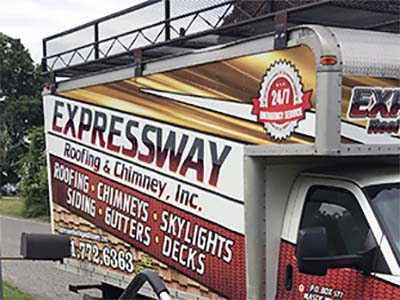 Expressway would love to handle your chimney, chimney chase cover and other Hampton Bays home needs. We also know that there are a ton of other chimney pros out there. So why choose us? We could talk about quality, our leak free guarantee or the ‘Expressway advantage’.

However, we prefer to let our chimney work speak for itself.

Check out our Google reviews or even look at some of our previous work. We know that after you take a look, you will see just how much pride we take in each project. For more information feel free to fill out the inquiry form or give us a call at 631.772.6363.